How Secure Is Your Small Business from Digital Attacks? 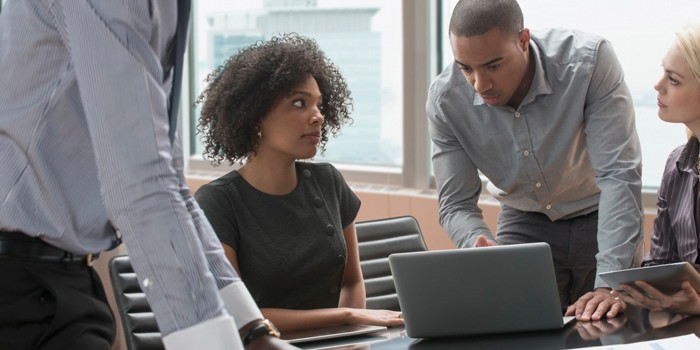 When small business owners see retail giants continuously targeted by digital attacks, one question should spring to mind: Am I doing enough to secure my own business from similar attacks?

The problem is only growing. There was a 62 percent increase in data breaches in 2013. A combination of cloud adoption, more readily available information, and an increase in hacker sophistication and financing is the cause.

While it’s never possible to put in place a plan that would completely shield your small business from digital attacks, there are things you can (and should) be doing to defend yourself and your business. One of the biggest problems that Gemalto -- a company that helps businesses secure their presence in the cloud and on the Web -- sees over and over again is small business owners who believe they are “too small,” and therefore not a target. “Many small businesses believe they have a free pass on security, especially cyber security, because their business isn’t a household name,” says Macey Morrison, marketing programs manager at Gemalto. “But cybercriminals don’t discriminate based on company size today.”

In fact, says Morrison, some attackers may even target smaller businesses simply because they know their security measures are most likely nonexistent, or at least less rigorous. When it comes to efficiently wiping out a system, small businesses make a good target.

Besides a lack of belief in the need for proper security, Morrison says some of the other main problems her company sees include:

When making sure your own small business is as secure as it can be against digital attacks, Morrison suggests not going overboard on strict security policies that don’t provide employees with the tools to effectively maneuver them. “The key to security adoption is not what you would think -- [it’s actually] convenience,” says Morrison. “Security policies and tools that are confusing, time-intensive or have limited device compatibility fail quickly. People simply won’t use it, or at least not correctly, if processes impede on their day-to-day productivity.”

Instead, the key is for a business to work in collaboration with employees and curate policies and tools for employees that meet their individual needs for convenience and productivity, as well as that of the company’s need for security. Once that’s in place, follow these steps to make sure your system is more hassle than it’s worth to crack:

With a little planning and research, it’s easy to keep your small business safe from digital attacks. Working in collaboration with your employees will be a big part of providing an overall plan of security for your business — but making even a tiny change today in the infrastructure of your business’s security can help make a big difference in the future.

Cheryl Lock is a former magazine, newspaper and website editor turned full-time freelance writer. She has worked on staff at the Daytona Beach News-Journal, More and Parents magazines, as well as for Learnvest, the leading women's financial website. Her work has also appeared in Newsweek, Forbes, Ladies' Home Journal and The Huffington Post, among others.
planning, efficiency, collaboration, small business, productivity