What the Internet of Things Means for Your Business 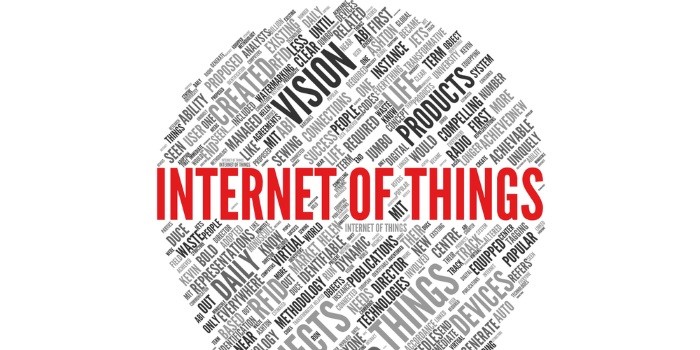 Is the Internet of Things just another buzzword, or an attractive opportunity for your small business?

“It’s hard to know if it’s just a buzzword as we’re in such early days,” says Seth Robinson, an IT expert who penned “Sizing Up the Internet of Things” for CompTIA. “It’s not as simple as taking what you’re already doing and putting it on the Internet of Things,” he says. “That’s the mistake a lot of companies made during the cloud computing and big data boom.” One obstacle right now at the small-to-medium business level, is that there isn’t a whole heap of infrastructure in place yet.

Two initial options the Internet of Things does offer small business however, is an ability to start collecting data on your customers; and the ability to collect data on manufacturing and expenditures.

“Think about retail,” says Robinson. While it’s hard for small retailers to invest in the same technology as a big box chain store, there are options, such as using Bluetooth Low Energy beacons to connect to customers’ mobile phones when they enter your store. “Who’s coming in from the outside and what are they doing once they get in there?” he says. You might not be able to access the same level of granular insights as the big boys, but Robinson points out that for an attractive price point you can actually get a lot of information on who your customers are and what they spend their money on.

Jerry Irvine, with the National Cyber Security Task Force and Chicago-based IT firm Prescient Services recalls a firm CompTIA helped use the Internet of Things to compare what was going into their manufacturing process to what was coming out. “There aren’t many pieces of manufacturing equipment that don’t have the ability to be remotely managed or monitored,” he says. Particularly for smaller manufacturers who need every advantage they can get, the Internet of Things can provide a massive leg up.

Irvine argues that what we’re calling “the Internet of Things” has existed in a way since the 1950s. “We’ve had chips for decades that control or manage air conditioning systems or the power grid,” he says. What this means is that it’s easy to equip existing utility devices with apps and hardware that connect to the internet to help you monitor expenditures.

“There’s not a lot of security built into these devices,” Irvine cautions, adding that “the security portion of the technology has not kept up.” Ultimately, even if you have security software on the device, the chip itself is not secure. “Smart TVs and refrigerators don’t have security built into them.” With this in mind, Irvine urges business owners to keep your “smart” devices segregated from the rest of the network. “Keeping these devices segmented means they can’t easily be affected by other devices.”

One place where your small business can move into the world of the Internet of Things is providing services that connect the pieces for customers. “From the end user perspective, think about what kind of problems they’re going to run into,” says Robinson. “We still haven’t found a good way for all of the devices to talk to each other so they can work together.” In our current networked world, this is a big opportunity. “We’ve gotten used to the idea that things work together,” he says. “The Internet of Things introduces a new level of complexity that changes that assumption.”

The Internet of Things offers your company the ability to monitor your customers and manufacturing, and maybe even get into end user support. And with such a nascent movement, getting in at the ground level means you can enjoy a first mover advantage over your competitors. Just be careful with your security practices!

Nicholas Pell is a freelance small business and personal finance writer based in Southern California. His work has appeared on MainStreet, Business Insider, WiseBread and Fox Business, amongst others.